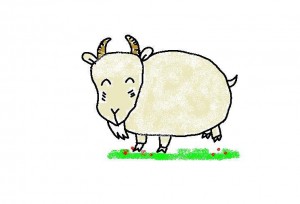 Capricorn is the 10th sign in the zodiac and applies to all people born between Dec. 22 and Jan. 20. Its element is Earth and its planet is Saturn. As a special character sign, you will always find a calm and unobtrusive nature in Capricorn. However, at the same time, Capricorns are considered ambitious and strive for success.

History of the zodiac sign Capricorn
The zodiac sign Capricorn is reflected by the Greek god of the forest. This has the name Pan and appears as a goat with a fish tail. He is said to have saved Zeus in the battle against the Titan Typhon. The gods had to quickly transform into animals when the giants of the earth attacked the sky. Zeus liked the transformation as a goat fish. As a result, today's Capricorn could take its place in the firmament as a reward for this rescue.

General Capricorn Characteristics
In general, the Capricorn is considered very reliable. He is often very calm, silent and thoughtful. He performs his duties very consciously and reliably. He does not like coincidences and spontaneous actions very much and does not carry them out very often. Sometimes this makes him seem dogged. Capricorns always try to achieve their goals and can become more carefree with a certain experience of life. His strength is ambition, because when he sets his mind on something, he gets it. Diligence gets him the desired success in the end. The Capricorn is a good friend and also a loyal partner. However, the Capricorn is quickly accused of stubbornness, although he also can not always reveal his true feelings. All his life he needs habits and traditions to hold on to. He sometimes seems cold-hearted, nagging and can be very petty.

The Capricorn Man
The Capricorn man has a rough shell and a soft core. Sometimes he is plagued by real existential fears and brooding. He is characterized by perseverance and persistence. With a Capricorn as a partner, you can assume that he has created a financial cushion and always wants to achieve more in life. He also needs a strong and reliable partner who supports him in his actions. He can show himself as very faithful and responsible, which is why he is also considered a family man. Because he has a cool and unapproachable charisma, he looks particularly interesting to women and they want to conquer him. In love he is considered to be very passionate, although sometimes he cannot show his feelings properly. Therefore, it is also said that Capricorn has two faces. Deep inside, however, he is a romantic with a full heart. However, nothing should stand in the way of his career planning. He is constantly striving to provide a pleasant standard for his loved ones.

The Capricorn Woman
The Capricorn woman seems very cool and unapproachable. Nevertheless, the surrounding aura looks very mysterious and attractive to men. She is looking for stability and firmness and needs a man who will stand by her and have a secure income. Nevertheless, she makes sure to always be independent and able to take care of herself. Since she is very self-confident, she can also implement this in her job and acts as a leading person. She needs a lot of responsibility in her life and therefore she can handle a family well. She tries to provide a lot of security and safety to her family. She also pays a lot of attention to her appearance and, however, does not try to push herself into the center of attention.

Capricorn in partnership
Like all earth signs, the Capricorn is also in love a responsible and above all faithful partner. Long-term relationships suit him more than quick flirtations or short-lived affairs.

Sometimes the Capricorn has a hard time in love. He can not really express his feelings and therefore also difficult to find a partner. Outwardly, he quickly appears shy and vulnerable. Within love he is thoughtful and faithful. Often he thinks with his head and not with his heart in love. However, Capricorns also want to be courted. Partly, these people are quite complicated, because they can not let themselves fall in love. He would not be able to forgive himself for a misstep in the relationship. He is afraid of marriage, because he prefers to remain independent and it is very difficult for him to give up his independence. With him as a partner you need love and patience, but once the feelings are shown, he is very passionate. Favorable partners for Capricorn are Taurus, Virgo, Scorpio or Pisces. Unfavorable partners are more likely to be Sagittarius, Aries or Leo.

The Capricorn is rather distrustful in love matters. Therefore, he will also hardly fall in love "head over heels", but take his new partner beforehand carefully under the magnifying glass.
So it can take quite a while until he gets involved with someone - but then he is ready to invest a lot in the relationship. The sense of duty with which he pursues his profession, he transfers namely also to his marriage or partnership.

In a relationship, it is often difficult for him to give compliments and loving gestures are not for him either. Because he takes love very seriously, he is afraid of being hurt and often appears outwardly reserved or even dismissive. Therefore, the Capricorn should try to jump over his shadow now and then and be a little more generous with his feelings. A kind word or a tender caress can sometimes work wonders!

As an earth sign, Capricorn is materially inclined. Therefore, he sometimes tends to become so engrossed in his work that the relationship with his partner suffers. He should therefore always remember that career and fulfillment of duty are not the most important things in life - it is just as important to be able to relax and also sometimes "let all five be straight."


Capricorn at work
Often the Capricorn is more successful in his profession than in love. Due to his diligence and activities he can take on a lot of responsibility and is therefore particularly well suited as a leader. Only with a high position he really fills in his professional life. However, he can also be a good employee who can be fully relied upon. As a boss, a Capricorn would virtually sacrifice himself for his job and his company. In part, the Capricorn comes across as rather strict, but at the same time he is also fair. He demands only from others what he would demand from himself. In the beginning, the Capricorn seems shy and reserved, but this can change quickly.